Formerly known as Tahoe Boat Company, Tahoe City Marina is one of the oldest marinas on Lake Tahoe and was built in the 1940s by Norman Mayfield and Fred Mein. The harbor and the Tahoe City Marina Mall (historically known as the “Roundhouse”) was the northern “end of the line” for Lake Tahoe’s railway and Transportation Company.

Tahoe City Marina is split into two sections: a private side and the new expansion side. The private side includes one hundred sixty privately owned boat slips that are called “dockominiums.” Each of these slips are sold as real estate through a real estate agent. Each private slip owner is a member of the Tahoe Boat Company Owner’s Association (TBCOA) which manages the maintenance of the private slips. The Tahoe City Marina administrative office, by individual request of the private owners, does manage the rental of some of these slips and also owns sixteen of the privately owned slips.

In 2010, Tahoe City Marina began construction on the new expansion side which was completed in early 2012. This brought the addition of eighty-one slips that are owned by the Marina and rented, not sold, to the public. In addition, the expansion includes two new Fuel Docks, offering gasoline and diesel, and a new public pier with two hour complimentary boat parking. All of these amenities on the expansion side, have increased the public access to Lake Tahoe from the Tahoe City downtown area.

The Marina also owns 41 buoys, which are rented seasonally. The buoy field is accommodated by a complimentary boat valet service.

Tahoe City Marina is located in one of America’s most beautiful locations which is one of the reasons we’re proud to participate in programs such as The Clean Marina Program and The Shoreline Plan.

Click on the image for a live feed of the Marina 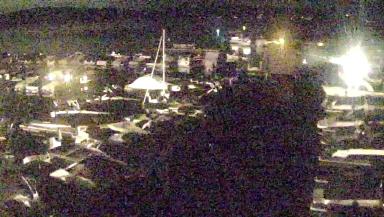 Our newest newsletter can be downloaded from the bottom of the website or you can view an archive of our newsletters.